The Green Knight is a story about the three most important things in life, love, honor and destiny. It follows the journey of an idealistic young man trying to find his way through life with little knowledge of what lies ahead.

The green knight is a story about a young man who has been brought up with the idea that he must always do what his father tells him. This book follows his journey to find out who he really is and what he wants for himself.

Despite the title, ‘The Green Knight’ does not include any dramatic battle sequences or noble warriors displaying their sword-wielding abilities, yet it is as dark and deep as it gets. Based on a poem published in the 14th century named “Sir Gawain and the Green Knight,” this film was written, directed, and produced by the abstract and highly creative David Lowery. Dave Patel, Alicia Vikander, Joel Edgerton, Sarita Choudhury, Sean Harris, and Raph Ineson appear in the film, which was released in theaters on July 30.

Dev Patel plays Sir Gawain, or just Gawain, King Arthur’s nephew who is not yet a Knight but aspires to be one day. He spends his days and nights consuming copious amounts of alcohol. His mother, portrayed by Sarita Choudhury, does not approve of his carefree and unaspiring lifestyle, but she is a loving mother nevertheless. Sean Harris, the bisexual murderer from ‘The Borgias,’ plays the weak king Arthur, while Katie Dickie, best known as the nursing helicopter mom from the Eyrie in the hugely popular TV series ‘Game of Thrones,’ plays his queen, both actors who give off a dark ages feel. With a ludicrous accent and page boy hair, Swedish beauty Alicia Vikander, the tough chic from “Tom Raider,” takes up the role of Essel, Gawain’s girlfriend.

While the whole country is enjoying Christmas Day as is customary, his highness the king invites Gawain to eat at the high table with him, despite the latter’s protests, and the festivities continue. A huge tree-like green monster emerges from the palace doors on horseback after Gawain gets this great award. He dares the king’s soldiers to land an undefended strike on him; but, there is a catch: whatever blow the willing knight lands on this fearsome warrior, the same knight receiving the honor must go a year later to The Green Chapel and repay the favor unopposed. Because none of the king’s soldiers are ready to risk their lives on the guillotine, Gawain offers to take the strike, launching his journey while also becoming his nemesis.

Because we witnessed Gawain’s mother casting some strange charms and enchantments right before the tree monster appeared, this quest raises a lot of concerns about the enigmatic title character. One can’t help but wonder who he is, what he’s up to, if he can be trusted, whether he can be tricked, and why he ever issued the challenge in the first place.

Nonetheless, a year goes very quickly, and Gawain sets off on his quest to fulfill his vow. Along the journey, he meets fascinating and terrifying individuals, as well as situations that are as bleak as The Green Knight himself. For example, there’s Barry Keoghan’s filthy-looking pumpkin-faced urchin who pranks and robs Gawain along the road, a ghost searching for her severed head, and a strange fox that follows him and seems to be guiding him. This fox, spoiler warning, begins to speak at some point.

The narrative moves along effortlessly, with the many scenes and incidents neatly stitching together to create ‘The Green Knight,’ a motion beauty. The cinematography, which uses wide views to open up enormous landscapes, zooming in and tilting across to illustrate the extent to which the open fields and woods cover, tilting 360 degrees for dramatic effects, the production design, the famous costumes, and, above all, the music. All of these elements are wonderfully combined, resulting in a fantastic film that will undoubtedly become a classic. Due to the dread of the unknown, the fact that the movie takes place in several places adds an element of adventure, making it more fascinating and exciting. The scenes are so well-crafted that it seems as though each one has its own unique narrative to tell, allowing one to forget about the lingering doubts about the quest’s purpose and direction for a while and just enjoy the moment.

This medieval fantasy film is mostly about Gawain’s maturation into a responsible adult. The Green Knight, as one may question why he’s green rather than blue, red, or any other hue, might be understood as a symbol of life, death, evil, and entropy, which are all major themes in Gawain’s quest for meaning in his life. Gawain, like every other man his age, seeks love, honor, and grandeur, which makes him question if it’s worth losing his life for. He begins to question what this honor really entails, whether it is a sentiment, a way of life, or just an external task to compete and show one’s value in society.

The abstract, lateral, and impressionistic qualities of ‘The Green Knight’ contribute to its success in attracting a crowd. Whereas other critically praised films of similar kind, such as ‘First Cow,’ portray sex as a weird thing or a taboo that one reads about in magazines, desire is at the core of ‘The Green Knight,’ which is evident throughout the film.

Alicia Vikander, for example, portrays two distinct personas in two different places. She is, for example, Gawain’s love interest at home and the seductively beautiful lady Gawain meets in a castle while on his quest to find the main character. She moves between the two roles with ease and displays excellent flexibility. Hair, makeup, and costume departments did an excellent job of differentiating these two personas and bringing forth their finest selves. When Vikander and Patel are on screen together, it’s difficult to take your eyes away from them.

As the film continues, David Lowery is clearly redefining the language of cinema, as the different components of the film gel beautifully together, culminating in a great movie presented flawlessly. 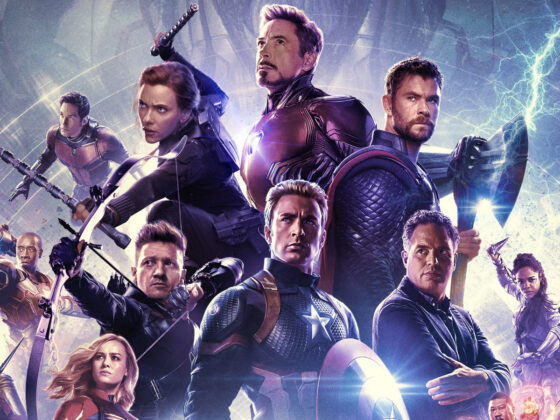 Is the Most Most Expensive Movie Ever Made Even Any Good? 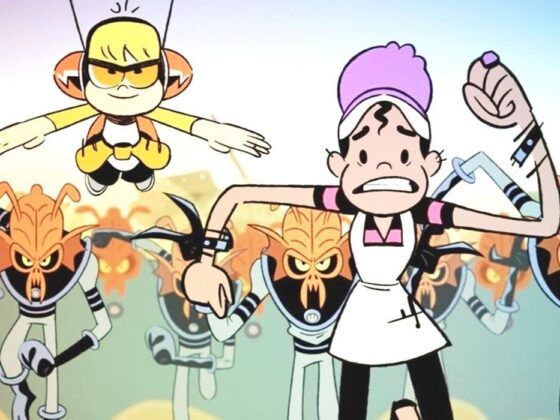 Kid Cosmic Season 2 Stream it or Skip it?